Autism is a severe disruption of the normal developmental processes that occurs in the first three years of life. The disorder, also known as Autism Spectrum Disorder (ASD), leads to impaired language, play, cognitive, social and adaptive functioning, causing children to fall further behind their peers as they grow older. ASD affects each child in different ways and can range from very mild to severe. The cause is unknown, but evidence points to physiological causes such as neurological abnormalities in certain areas of the brain. ASD occurs in all racial, ethnic, and socioeconomic groups, but are almost five times more common among boys than among girls. The Centers for Disease Control estimates that about 1 in 59 children has a diagnosis of ASD.

Children diagnosed with autism do not learn in the same way that children typically learn. They seem to not understand simple verbal and nonverbal communication, respond differently to sensory input, and withdraw in varying degrees from people and the world around them. They show little interest in other children and tend not to learn by observing and imitating others. They become preoccupied with certain activities and objects, commonly referred to as stereotypic or self-stimulatory behavior, that interfere with development of play.

Most children with ASD can be reliably diagnosed by the age of 3, although earlier diagnosis is possible even as young as 12 months. Parents are usually the first to notice the difference in their child. Some of the peculiarities are noted as early as the first few months after birth, but most often are noted between the ages of 1 and 3 years. Some parents report a sudden regression and onset of social aloofness, while other parents report a lack of progress after the child has reached certain developmental milestones. In their paper, “Practice Parameter: Screening & Diagnosis of Autism,” Dr. Pauline Filipek and colleagues (2000) noted some indicators warranting further evaluation:

What is Applied Behavior Analysis?

Applied Behavior Analysis (ABA), as a treatment approach, is based upon the principles of behavior analysis developed over 100 years ago. ABA uses empirically validated approaches to address challenging behavior as well as to teach a vast range of skills needed to experience a rich and fulfilling life. Over a century of research and clinical experience using behavior analytic principles has improved our understanding of the complex relationship between our experiences and the environment impact how we learn.

What distinguishes ABA from other disciplines?

ABA focuses on the observable aspects of behavior and a thorough analysis of the relationship between our actions and environmental events. ABA has proven to be effective in dealing with a variety of issues arising across the lifespan, ranging from adults with depression and rebellious adolescents to children with ASD. We now understand that because our actions and reactions are learned, challenging behaviors can be unlearned and more fulfilling ones can be fostered. ABA-based treatment turned out to be the ideal solution for helping individuals with ASD reach their fullest potential.

Unlike many children who seemingly absorb the myriad of lessons of everyday life without effort, children diagnosed with autism need highly systematic and individualized instruction that highlights essential information and provides immediate and meaningful feedback. Although ABA involves a highly specialized approach to teaching, its remarkable breadth can be used to teach an array of life-enriching skills, including skills that lead to success in school, effective communication with others, increased independence, fulfilling life interests, genuine social reciprocity, and meaningful, lifelong relationships. Today, interventions based upon the principles of ABA are in widespread use for treatment of individuals diagnosed with ASD and have the strongest body of empirical evidence demonstrating its effectiveness. 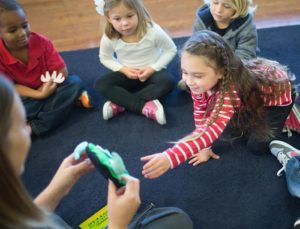 APF is committed to expanding the field of Applied Behavior Analysis through clinically meaningful research and comprehensive training and treatment.

When coming to terms with a child’s diagnosis of autism, parents often have countless questions about how to provide the best treatment for their child. During this vulnerable and frightening time parents are desperate to find answers that will put their child on the path to a quality life and promising future. As parents explore the multitude of available treatments, many of which are heralded as highly effective, they may become frustrated and overwhelmed. Unfortunately, many of these treatments have little to no empirical evidence to support their effectiveness and offer parents false hope when time is of the essence.

How can parents begin to make sense of the abundant information that is continually generated on ASD treatment? Parents will be served well by becoming critical consumers. Be cautious of approaches that have not been researched, replicated, and field-tested.

The following are general guidelines to consider when evaluating a treatment approach:

A review of the scientific literature on the treatment of ASD consistently reveals that intensive early intervention using ABA can significantly improve the functioning of children diagnosed with ASD.

APF supports behavioral treatment provided by interventionists with well demonstrated experience and expertise in the implementation of ABA–based methodologies.