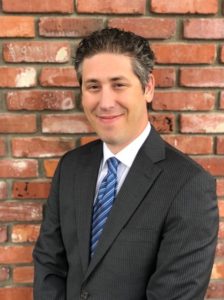 Justin has over ten years of clinical and research experience working with children, adolescents, and adults with Autism Spectrum Disorder (ASD) and other developmental disabilities. His research interests include looking at ways to improve social skills for children and adolescents with ASD, developing friendships, comparing different teaching methodologies, and evaluating long term outcomes for children and adolescents diagnosed with ASD. Justin has taught graduate level courses in applied behavior analysis and research methodologies. Additionally, Justin has published many articles in peer reviewed journals, published several book chapters, has presented at state, national, and international conferences, and has consulted on research projects nationally and internationally.

You can reach Justin Leaf at jbleaf@apfmail.org 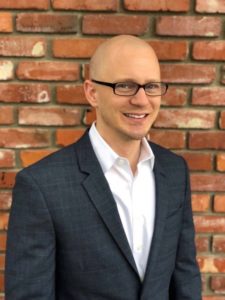 Joe Cihon is the Co-Director of Research for the Autism Partnership Foundation. Joe received his bachelor’s degree in special education from Fontbonne University, master’s degree in behavior analysis at the University of North Texas under the mentorship of Dr. Shahla Alai-Rosales, Dr. Jesus Rosales-Ruiz, and Dr. Manish Vaidya, and his doctoral degree at Endicott College under the mentorship of Dr. Mary Jane Weiss. Joe has over fifteen years of experience working with children, adolescents, and adults diagnosed with autism spectrum disorders and other developmental disabilities in home, school, and community settings. His research interests include evaluating approach based interventions, shaping, increasing favorable interactions among children, their families, and interventionists, developing contingencies to promote generalization and maintenance, and improving mealtimes for selective eaters. Joe has published and served as a reviewer for several prominent journals and presented research at national and international conferences. 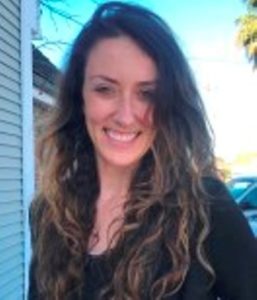 Kristel is from Long Beach, California. She attended Azusa Pacific University, where she earned a bachelor’s degree in Education with a minor in Special Education. She also is pursuing her master’s degree in Special Education from California State University of Long Beach.
Kristel taught fifth and sixth graders at an independent school for two years. She particularly enjoyed one-on-one time working with children with special needs. Thereafter, she joined Autism Partnership, where she received her training and worked for seven years. In 2018, Kristel joined APF as Treatment Coordinator and Fellowship Training Coordinator. Kristel supervises five of the Academy’s children, to whom she is specifically assigned. She also supervises the Academy staff and fellows.
Kristel loves training, working with new people, and watching them learn. She also adores the children and is inspired every day by their progress. “No day is the same. Working and learning at APF and its Academy is both challenging and rewarding.” In addition to her work at APF, Kristel consults with a school district in Fairbanks, Alaska. She enjoys the work and finds it interesting to see the progressive ABA therapy methodology implemented in school settings, especially with low-income families. Kristel’s goal is to continue training individuals, so they can go out into the field and change the way ABA therapy is being applied to optimize children’s progress and abilities.

Jeremy Leaf is a supervisor and curriculum developer for the Autism Partnership Foundation Academy. Jeremy received his master’s degree in Special Education at Loyola Marymount University.
Jeremy has over 10 years of experience working with children, adolescents, and adults diagnosed with autism spectrum disorder (ASD) and other developmental disabilities. Jeremy has published 16 peer reviewed publications while conducting research at Autism Partnership Foundation, and has presented his research at national and international conferences. Additionally, Jeremy works as a consultant both nationally and internationally helping staff, children, and families reach their full potential. 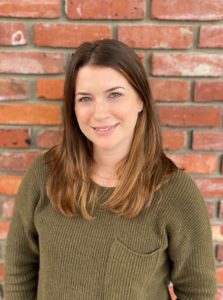 is an Academy Supervisor for the Autism Partnership Foundation Academy.  She received her bachelor’s degree in psychology from the University of California, Santa Barbara, and her master’s degree in applied behavior analysis from St. Cloud State University.  Aditt has been working with children diagnosed with autism spectrum disorder for 12 years in a variety of capacities, including one-on-one intervention, leading social skills groups, case supervision, and staff training.  She has also consulted in several school districts around the country.  Additionally, Aditt has published articles in peer reviewed journals and has presented at national and international conferences.  Currently, Aditt is a mentor to several of the Academy’s fellows.  She enjoys helping them develop their clinical expertise and furthering their knowledge and implementation of the Autism Partnership Method. 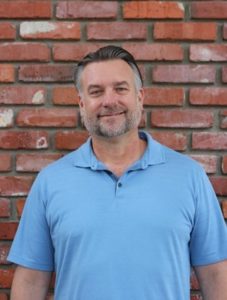 Rick Schroeder has been a staff member of Autism Partnership since its inception in 1995.  Rick began his career implementing intensive Applied Behavioral Analysis programs with children with Autism Spectrum Disorder at the UCLA Autism Project directed by Dr. Ivar Lovaas. He spent several years with the project finishing as a senior therapist.  Since his time at Autism Partnership, Rick has provided direct intervention to children, behavioral and curricular program development, and staff training.  During this time, Rick has participated in the development of new teaching strategies in the effort to enhance social skills training to children, foremost being the Cool/Not Cool and Teaching Interaction Procedures.  His other experience includes consultation and staff development to school districts nationally.  He has worked extensively with parents of children with ASD in the home, known as the RESQ intervention, one of which had been featured on CNN.  His other experiences include; developing and teaching an ABA classroom as model for teacher training, assisting the creation of an Autism Partnership site office in Japan, and serving as a national and international presenter at various workshops, trainings, and conferences.

Jon Rafuse graduated from the University of California, Los Angeles in 1988 with a Bachelor’s Degree in Psychology, then went on to receive a Master’s Degree in Clinical Psychology from Antioch University in 1991. In 1992, he began working for the May Institute in Chatham, Massachusetts, eventually running one of the off-campus group homes housing students dramatically impaired with Autism Spectrum Disorder. In 1995, he joined the Autism Partnership staff, providing intensive Applied Behavior Analysis services to the families of children diagnosed with Autism. His experience in this specific area of Behavioral Psychology spans twenty-eight years. Currently, Mr. Rafuse is a consultant providing advanced training, mentoring and supervision to service providers and teachers within school districts across the United States. He has presented both nationally and internationally at conferences on Applied Behavior Analysis, and consulted and trained families, program staff and school districts throughout the United States, England, Hong Kong, Saudi Arabia, Singapore, Australia and New Zealand.